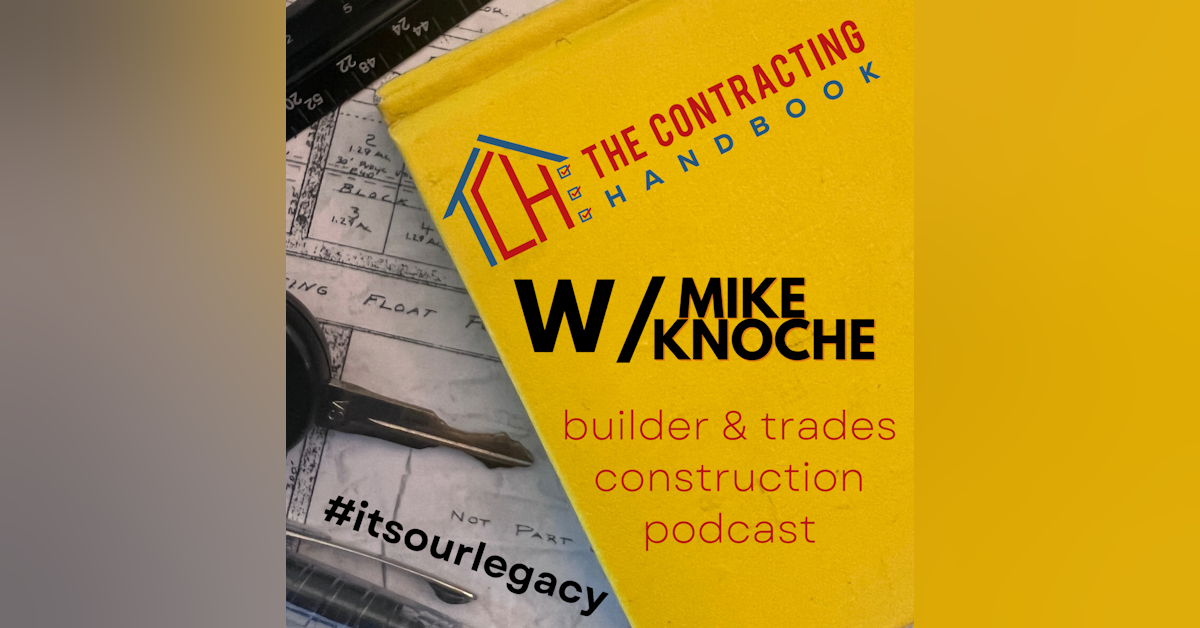 Behind the scenes at TCH and random checklist!

Michael Anschel defines success, knowing he had what it takes, estimating, and surprise topics 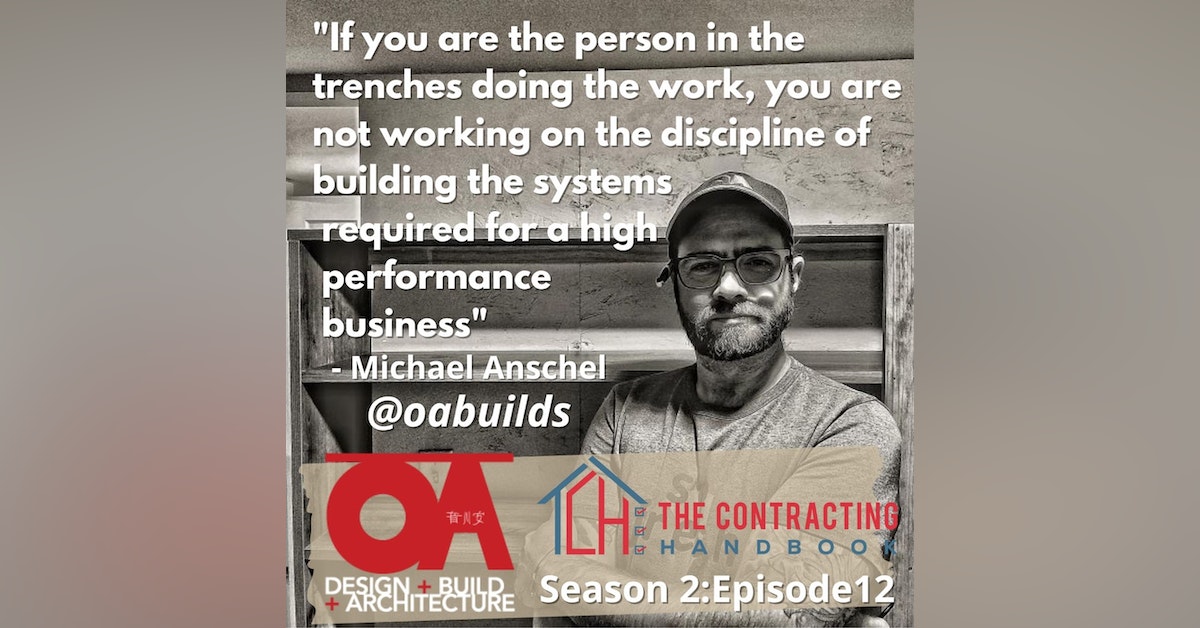 In part 2 of the talk with Michael Anschel, Mike Knoche asks Michael to define success. The answer is unconventional. The pursuit of money draws a long dramatic pause from guest and host before Michael rescues the chat by talking about his other business of taking professionals on retreats to make them think hard about what they are doing with their lives.

The deep questions don't end here. Michael explains how he decided that he was going to be capable of leading what is now a 15 person company. His story begins with and import export company of ancient instruments while living in China. Listen to this conversation if you want to know the difference between working in your business, on your business, and/or building a company you can let operate while you essentially retire.

Michael lays it down "we are contractors, we do contracting, we are not in the trades".

Mike reads OA Design Builds website claim about transparency of their contracts. While completely transparent, Michael says estimating is not that hard. He's not down with the single margin multipliers, passionately! The mark-up conversation continues and if you aren't making money, you're not in business so don't be in business. But if you want to hear about how Michael runs his contracts, its here. Very solid. There's no "black box" for the clients. They see and understand what they spend their money on. "What justifies the markup on the object?"

Michael, a nationally recognized expert on Green design, remodeling and building, writes, trains, and speaks for various publications and events around the world. His building assemblies have been published in numerous publications including the US Department of Energy. He is the owner of OA Design+Build an award winning nationally celebrated design build and architecture firm, and CEO of Verified Green Inc. which consults with Local Government, product manufacturers, suppliers, builders, and architects on Green building. Michael led the effort to develop MN GreenStar, and is past-president of the national GreenStar Alliance. He also teaches Green Building at Boston Architectural College.

Born in MN, he attended Capital Normal University (Beijing), and the U of M. He has had the honor of presenting at Harvard’s Center for Joint Housing Studies, and The United Negro College Fund. He helped develop the city of St. Paul’s sustainability building policy, and re-wrote Minneapolis’s yard ordinance. Named #25 in Metro Magazine’s 100 reasons to love the Twin Cities and called “one of the nation’s most outspoken green building advocates” by MN Business, Michael successfully straddles the building, design, and green worlds by engineering profitability into sustainability.

These guys both spent time on the Yukon River and traveling the world. It's ten minutes of nanter that will clearly pave the way for more calls in the future to share adventures.

Mike Knoche has been running his general contracting business for 16 years. It's been trial by fire and in The Contracting Handbook, Mike shares his successes, his failures and asks other industry leaders to join him in a discussion of how to run a construction business! The Contracting Handbook podcast discusses the behind the scenes running of a small construction company. It’s everything from starting up, working with employees, subcontractors, and clients. Remember, it won’t just be Mike’s perspective as he will talk to contractors from all over the world about theirs too! Why the world over? Because through his travels in the off season he’s come to see that contractors everywhere have similar business needs, struggles, and ideas in common. We a are a global community of builders! Contact Mike at info@thecontractinghandbook.com for questions, comments, or to be interviewed.